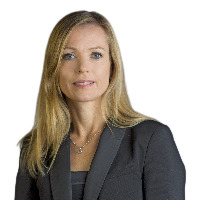 Vanessa is an attorney specialized in international arbitration. She is based in Geneva, Switzerland, and holds dual qualifications as an attorney admitted to practice in Switzerland and the State of New York, USA.

Vanessa is a frequent speaker on international arbitration topics and has authored multiple articles and contributed chapters in books on international dispute resolution. She was appointed to the CAfA Arbitration Pool in April 2021.

She is a member of the European Advisory Board of the International Institute for Conflict Prevention and Resolution (CPR), sits on the Program Committee of the New York International Arbitration Center (NYIAC) and a member of several other professional associations such as the Swiss Arbitration Association (ASA), ArbitralWomen, Ordre des Avocats de Genève. In addition to being included in the CAfA Arbitrator Pool, Vanessa is also on the list of arbitrators of ICC Switzerland.