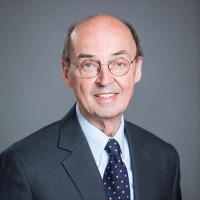 He was the General Editor for Publications of ICCA in 1986–2018. He is a member of the Editorial Board of the Global Arbitration Review, London and the Tijdschrift voor Arbitrage, Rotterdam; and the Editorial Advisory Board of the Journal of World Investment & Trade. He has extensively published and lectured on international arbitration and has founded and maintains a website on the New York Convention on the Enforcement of Foreign Arbitral Awards.

Albert Jan was awarded “Arbitration Lawyer of the Year Award” by The International Who’s Who of Business Lawyers in 2006, 2011, and 2017, and “Best Prepared and Most Responsive Arbitrator” by the Global Arbitration Review in 2013.