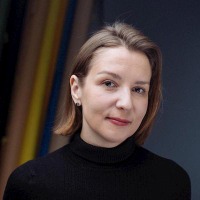 Yuliya’s law practice has included arbitration and mediation since 2003. She has served as Arbitrator in a wide range of commercial disputes at international level. The substantive laws applicable in these disputes include the laws of Austria, England and Wales, Germany, France, India, Poland, Russia, Romania, Switzerland, Sweden, Ukraine and some other.

In 2013, she has been awarded the qualification of Chartered Arbitrator by the Chartered Institute in UK. Fifteen arbitral institutes in Europe and Asia list her as an arbitrator. Yuliya was appointed to the original Arbitration and Mediation pools of CAfA in June 2020.

Yuliya’s educational background includes: National University of Kyiv-Mohyla Academy (LL.B., 2004); Stockholm University (LL.M., 2005); the International Training Centre of the ILO, the University of Turin, and the University Institute of European Studies (Post-graduate diploma in international trade law, 2006); University of Oslo (Ph.D., 2020). Yuliya is admitted to the Ukrainian Bar and she is fluent in English, Ukrainian, Russian and Norwegian.