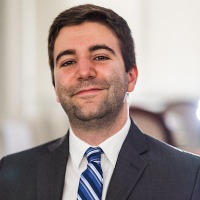 Roberto is an attorney, mediator and arbitrator focused on art, entertainment, sports, IP, and litigation law. He is a founding member and CIO of IBN | Sports & Entertainment, and a leading conflict management and crisis prevention consultant on the lifestyle industries – encompassing entertainment, sports, fashion and art. He is the CBF CNRD head of research and one of its neutrals, and Brazilian Paralympic Committee (CPB) Disciplinary Tribunal (TDP) “judge-auditor”. He brings his professional experience to the classroom as visiting/invited lecturer, where he teaches undergraduate and graduate courses on fashion law, sports law, art law, and dispute resolution in Brazil and overseas – he looks into how art law influences the intertwining of the lifestyle industries via dispute resolution.

Roberto’s law practice has included arbitration and mediation since his Law School days on a broad range of topics, from employment-related issues to construction-related procedures – both with a lifestyle industries background. He has served as Arbitrator and Mediator in a wide range of disputes at both the domestic and international level, for instance he has chaired 100+ and has taken part in over 300 sports-related procedures. He is a LawInSport Editorial Board, IB|A Académie du Sport Executive Board, and GEDD-FDUSP Advisory Board member, as well as a member of Brazilian and U.S. law-related associations. He was appointed to the original Arbitration pool of CAfA in June 2020.

Roberto’s transnational academic background is the basis of his work. He earned his University of Oregon School of Law LL.M. and University of São Paulo School of Law (FDUSP) M.A. and LL.B., he is a FDUSP Ph.D. candidate. Following his systemic perspective belief, he holds a UCLA Anderson School entertainment management & marketing as well as a FIA sports business extensions. He has various certificates including a Columbia University School of Professional Studies sports industry, an UPenn Wharton Executive Education finance, an University of Oregon mediation, a WIPO Academy intellectual property, and a FDUSP sports employment relations certificate.

Roberto’s immersion in different cultures makes him a “translator” of legal cultures. He is admitted to the Brazilian Bar Association (OAB, São Paulo chapter), and speaks fluent Portuguese, English, and Italian, in addition to his professional working proficiency in Spanish.