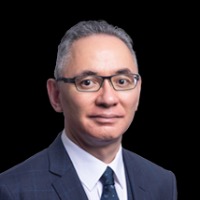 Dr. Christopher To, Barrister-at-law at Gilt Chambers, is recognized by the International Who’s Who Legal as a thought leader in arbitration and mediation. From 1998 to 2008, he was the Secretary-General of the Hong Kong International Arbitration Centre and in 2000, created the Asian Domain Name Dispute Resolution Centre to handle domain name disputes.

Christopher’s practice focuses on commercial law. He is the Programme Director of Masters in Law in Arbitration and Dispute Resolution at City University of Hong Kong and teaches subjects ranging from international arbitration, drafting of arbitration awards, mediation law and practice, adjudication and technology law. He is the co-author of leading textbooks on Arbitration and Mediation - law and practice in Hong Kong and is currently compiling a textbook on dispute resolution for publication in 2022.

He has served as Arbitrator, Adjudicator and Mediator in a wide range of commercial disputes at both the domestic and international level. He is listed within 35 leading panel of arbitrators, mediators and dispute resolution providers around the world. More recently he was appointed as a Panel Member of the Securities and Futures Appeal Tribunal and was appointed to the Mediation Panel of the Court of Sports of the International Council of Arbitration for Sports
Christopher is currently the Chairperson of the Hong Kong Institute of Directors with the ambit of promulgating good corporate governance within listed and non-listed companies.

In recognition of his outstanding leadership and his contribution to the community, in 2001 he was honored as the youngest Director of the Year in Hong Kong and in 2007 he was honored as a Young Global Leader by the World Economic Forum.

Peers and clients have stated that “He is an outstanding ADR professional, very charismatic and impressive” and “Mr. To possesses unmatched capabilities”