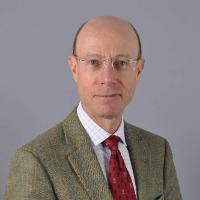 Eric McFadden combines a background in the practice of law with decades of commercial experience in the art trade. After practicing as a civil litigation attorney in Los Angeles for four years, he co-founded Classical Numismatic Group, which became the world’s largest dealer and auction house specializing in ancient coins. From 1991 until 2018 Eric served as Senior Director, managing the firm’s London office, and served also as the firm’s General Counsel. In those capacities he has acquired extensive direct experience in handling legal issues in the commercial art trade, while conducting the firm’s business and working with collectors, dealers, auction houses, scholars, museums, and government entities. He has supervised all legal aspects of his firm’s business and has been responsible for the resolution of disputes regarding matters including legal title, interpretation of consignment and sale contracts, import and export regulations, and authenticity. He has regularly dealt with the evolving ethical and legal standards governing the trade in cultural property and particularly in antiquities.