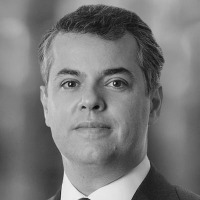 Luiz is an international arbitration specialist with 15 years’ experience as counsel in high-profile cross-border disputes at two global law firms, in London and Paris. His practice spams across America and Africa with a focus on Lusophone jurisdictions, across a variety of sectors such as oil and gas, energy, infrastructure and telecoms.
Over the past 10 years, Luiz acted as presiding, sole and co-arbitrator in over 15 arbitrations under the rules of the ICC, LCIA and UNCITRAL Rules, and ad hoc proceedings, involving a variety of civil and common laws, with seats in Angola, Brazil, Mozambique, Paris and the United Kingdom.

Luiz was appointed to the Arbitration pool of CAfA in June 2020. His expertise in complex dispute resolution in civil and common laws, both procedural and substantive, is relevant in particular to disputes in high-growth art markets such as Latin America and Africa.

Luiz is admitted to practice in Brazil and France, and holds degrees from Pontifical University of Rio de Janeiro, Brazil (LLB, 1999) and Oxford University (MJur, 2005). Luiz is fluent in English, Portuguese, Spanish and French.