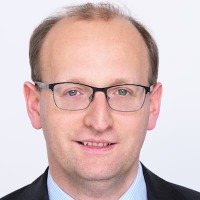 Marnix acts on complex cases in the fields of M&A, construction, international trade, insurance and art. Since 2009, Marnix has advised one of the world’s largest art brokers on various commercial disputes (concerning sale of goods, title, provenance, joint ownership, M&A, and export issues) in the Netherlands.

Marnix was admitted to the Dutch Bar in 1999. Before joining the Litigation team of Allen & Overy in Amsterdam in 2007, he worked at a leading independent firm in the Netherlands for eight years (in corporate, finance and litigation practice groups).

Marnix’s educational background includes a Master's degree in Dutch civil law from Leiden University (1993-1998) and a Diploma in Legal Studies from King’s College London (1997-1998). He is a native Dutch speaker and fluent in English.