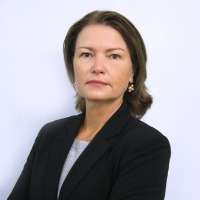 Cristina is an arbitrator focused on infrastructure, corporate and commercial law. She is a Fellow of the Chartered Institute of Arbitrators (CIArb) and a founding member of the CIArb Brazil Branch, being part of the Steering Committee. She has a long experience as a Legal Counsel at the Legal Office of the State of São Paulo, Brazil, where she has occupied various high-profile positions across practice areas including Inheritance Taxes, Corporate and Infrastructure Law. She was responsible for approving the final legal opinion for all the State’s Departments, including the Culture Section. In January 2020, she started her own office with focus in arbitration and strategic consultancy. She follows legal issues of the Instituto Alfredo Volpi de Arte Moderna – IAVAM in São Paulo and provides legal advice for a private collection.

Cristina’s law practice has included arbitration since 2013, when she had a great role in embracing arbitration agreements in the State of São Paulo’s contracts. She serves as arbitrator in a wide range of commercial and infrastructure disputes. She is a member of the list of arbitrators of CAM-CCBC, CIESP/FIESP, CAMARB, CBMA and ARBITAC and acts also under ICC Rules. She has participated in events sponsored by The Higher School of São Paulo’s Judges, São Paulo’s Lawyers Association, São Paulo’s Bar Association, Fundação Getúlio Vargas, CIArb Brazil Branch, CAM-CCBC, CAMARB, CIESP/FIESP, amongst others, giving public speeches, lectures, and presentations about Arbitration with public entities and International Arbitration. She was appointed to the original Arbitration and Mediation pools of CAfA in Mai 2021.

Cristina’s educational background includes: Universidade de São Paulo (Bachelor of Laws); University of Chicago (LL.M.); FGV (Corporate Law) and Columbia University and CIArb (joint program of International Commercial Arbitration). She is Brazilian and German, and is fluent in Portuguese, English, and German and has a very good comprehension of Spanish.