Matthias Weller, Director of the Institute for German and International Civil Procedure at the University of Bonn, Germany 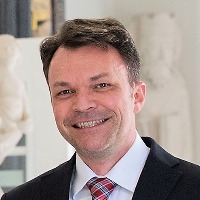 Prof. Weller is a Director of the Institute for German and International Civil Procedure at the University of Bonn, Germany. The Rhenish Friedrich Wilhelm University, founded in 1818, is a top-ranking academic institution that belongs to the Universities of Excellence, selected by the German Government for specific funding.

Prof. Weller took his legal education at the University of Heidelberg and at St. John's College, Cambridge (UK), from 1992 to 1998, supported by the German National Scholarship Foundation. He was Joseph Story Fellow of Private International Law at the Harvard Law School at Cambridge (USA) in 1998/1999 and an associate of a leading law firm in Frankfurt in 2001 (Hengeler Mueller).

He continued his academic career as a Research Fellow at the Institute for Comparative Law, the Conflict of Laws and International Business Law at the University of Heidelberg from 2002 to 2010. During this time, he delivered a prizes-winning PhD (2004), funded by the German National Scholarship Foundation, on the public policy control of international choice of forum agreements. In 2006, he founded the German Institute for Art and Law Heidelberg (Institut fur Kunst und Recht IFKUR e.V. Heidelberg), for which he served as co-chair until 2020. In this function, he organized the Annual Heidelberg Art Law Conference (Kunstrechtstag) and co-edited 13 books on the annual conference proceedings. He is co-editor of one of the leading series on art and cultural property law (Schriften zum Kunst- und Kulturrecht) at Nomos Publishers (Nomos Verlag), Baden-Baden. From 2008 to 2009, he worked on more than 100 appeal cases for an attorney of the German Federal Court of Justice (Bundesgerichtshof), Professor Dr Achim Kraemer. He received his Habilitation in 2011 from the University of Heidelberg on the basis of a theoretical and comparative study on foundational structures of the law of obligations (Persoenliche Leistungen).

Still, in 2011, he received his first call to a chair for civil law, civil procedure and private international law at the Law School of the EBS University of Wiesbaden. In 2014, he became a Member of the University Senate and Vice Dean at the University of Wiesbaden and established the EBS Law School Research Centre for Transnational Commercial Dispute Resolution (TCDR). In 2017, he was called to the Alfried Krupp von Bohlen und-Halbach Professorship for cultural property law, which he combined with the position of a Director of the Bonn University Institute for German and International Civil Procedure. In 2019, he started working on a comparative Restatement of Restitution Rules for Nazi-Confiscated Art funded by the German Government.