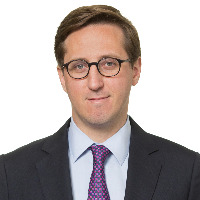 In December 2020, Juan Felipe launched his own practice in Bogota, Colombia, acting as counsel and arbitrator. Prior to starting his firm, he worked for 12 years at Dechert LLP in its Paris and Washington D.C. offices. At Dechert, he gained vast experience with one of the most renowned arbitration practices in the world.

Juan Felipe is fluent in Spanish, English and French and proficient in Portuguese.