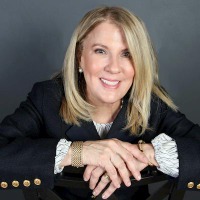 Judith founded her ADR firm in 1995. She serves as an arbitrator, mediator, Judge Pro Tem, Discovery Master, Referee, Early Neutral Evaluator, Fact Finder and Principal in Judith Meyer Associates/Commercial Dispute Resolution. She is a Fellow in the College of Commercial Arbitrators, a Fellow of the Chartered Institute of Arbitrators, a member of the Academy of Special Masters, a Member of the National Academy of Distinguished Neutrals, and a Distinguished Fellow in the International Academy of Mediators. She chaired the Independent Standards Commission of the International Mediation Institute. She won the Pennsylvania Bar award for excellence in mediation in 2016. She is a Super Lawyer in ADR from 2005 to the present time and is in Best Lawyers in America.
She is an attorney-mediator and arbitrator focused on commercial law. She taught arbitration and mediation at Cornell Law School for fourteen years. She is the author of numerous articles on ADR and a frequent panelist at seminars on mediation and arbitration.
She has served as arbitrator and mediator in a wide range of art law and commercial disputes. She serves on the panels of the American Arbitration Association, the CPR Institute for International Conflict and Dispute Resolution Panel, FINRA, the Bankruptcy Court for the District of Delaware, the Philadelphia Commerce Court, the United States Federal Circuit Court of Appeals & U.S. International Trade Commission, and the American Health Lawyers Association. She is also a court-appointed mediator for the Commerce Court of Philadelphia and a panelist for the Philadelphia Pro Bono Lawyers for the Arts. She chaired the Dispute Resolution Committee of the Philadelphia Bar Association. She was appointed to the Arbitration and Mediation panels of CAfA in July 2020. She is an Associate Member of the President’s Council of the Philadelphia Museum of Art and a scholarship donor at Interlochen Academy of the Arts, which she attended as a summer program student in modern dance. During college, she studied dance at Julliard and the Martha Graham Studio. She serves as pro bono counsel for the historic Philadelphia Sketch Club. She is a collector of early 20th Century poster art and Xing Dynasty embroidery and artifacts.