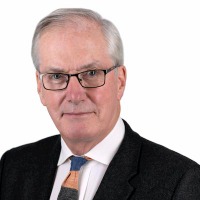 Christopher is a Queen’s Counsel who practiced at the Bar for many years in commercial litigation and has experience, in that capacity, of disputes concerning the true role and entitlement to remuneration of someone acting as an agent, or sub-agent, or intermediary in the private sale in the London market of a valuable drawing; the duty of an international auction house to which a painting was consigned for sale in London to advise its restoration and investigation of its provenance before sale; the valuation of and title to a portrait by Jacopo Carrucci (known as Jacopo da Pontormo) in a private collection in Switzerland. Latterly his practice focused on international commercial arbitration with particular experience of disputes in East Asia.

Christopher is a full time international commercial arbitrator, and a member of Barristers’ Chambers at 4 Pump Court, Temple and of Pump Court International. He is a former Head of Chambers, Deputy Judge of the High Court and Bencher of the Inner Temple.

Christopher read Law at Bristol University (LLB Hons), was called to the Bar by the Hon. Soc. of the Inner Temple in 1972, and took silk in 1992.