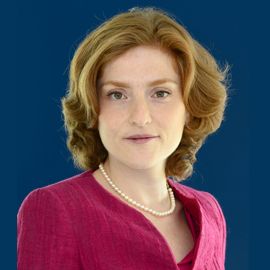 Nayiri is qualified in both civil and common law jurisdictions and is a multi-lingual private practitioner and arbitrator based in Dubai since 2002. Prior to her current role, Nayiri was a partner in one of the largest international law firms where she also acted as the head of the disputes practice of the firm in the Middle East. Prior to that, Nayiri was a partner in a Dubai based law firm. During the early years of her career, Nayiri spent few years as an in-house counsel in a leading consumer goods multinational after having had qualified and practiced briefly in Syria.

Nayiri has a vast and in-depth knowledge of the civil and commercial laws of the United Arab Emirates where she has been practicing over the years. She has also worked on cross-jurisdictional disputes in the Arab world, representing parties and advising them in proceedings governed by the laws of various Arab countries. Having qualified in a number of jurisdictions, Nayiri has a thorough understanding of the legal systems of Syria, New York State and France.

She also acts as arbitrator in various institutions such as DIAC, DIFC-LCIA, ICC, CRCICA, TIAC and CAFA. Since 2012, she has been appointed as presiding arbitrator, sole arbitrator and co-arbitrator in real estate, construction and general commercial disputes. She has dealt with a number of high value and complex disputes that involved landmark projects in the UAE.

Nayiri is a member of the New York State Bar and is qualified in Syria and France. She is also licensed as legal counsel in Dubai. She is a native speaker of Arabic and Armenian. She is fluent in English and French and has a basic understanding of German.