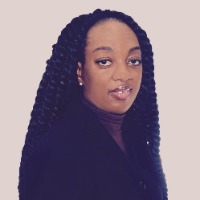 Ijeoma is a London based dual qualified lawyer, admitted in Nigeria and England & Wales, with an LLM in Comparative and International Dispute Resolution from Queen Mary, University of London. A Fellow of Chartered Institute of Arbitrators (FCIArb). Ijeoma is trained in dispute resolution with expertise in domestic & international arbitration, domestic & international mediation, negotiation, collaboration and online dispute resolution (ODR). A visiting lecturer in arbitration and ODR at the Center for Africa Peace and Conflict Resolution, California State University Sacramento. Ijeoma serves as an arbitrator and neutral with World intellectual Property Organisation (WIPO), Business Arbitration Scheme of CIArb, Asian International Arbitration Centre (AIAC), New York State Arbitration Alternative (NY-SAA) amongst others.

Ijeoma is one of the global online dispute resolution advocates and heavily involved in online arbitration and online mediation. The CIArb sole UNCITRAL delegate in 2014 on ODR and a team member of legal professionals that submitted the draft ODR Technical Notes at the UN headquarters, which on the 13th December 2016 was endorsed by the General assembly of the United Nations as the UNCITRAL Technical Notes on ODR. She is the CIArb UNCITRAL delegate on dispute settlement. Ijeoma serves as the Co-Chair of the Africa Interest Group (AIG) of the American Society of International Law (ASIL).

Ijeoma is the Managing Director of a London based service provider, Dispute Resolver Consultancy with the primary focus on arbitration, mediation and online dispute resolution.