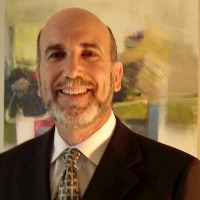 Paul Eric is an international lawyer, mediator and arbitrator focusing on intellectual property, technology and commercial law. His law practice has included arbitration and mediation since serving on his first arbitration panel with Professor Willem Vis as Panel Chair. He was the first IMI-certified mediator in Brazil.

He has been appointed as an arbitrator and mediator in a wide range of large, complex multi-party disputes in many sectors, including technology, art & cultural property, at both the domestic and international level. He has mediated settlements of disputes with parties from Argentina, Brazil, Central America, Russia, Switzerland, UK, and U.S. He conducted the first international mediation in the world by videoconference. Paul Eric has a special affinity with art and art law. He is a portrait artist, with some work exhibited. As an experienced mediator, he was invited by an Italian institution to conduct its first cultural property mediation of a dispute between a museum and a private purchaser over ownership of a medieval painting.

He is an adjunct Professor in Alternative Dispute Resolution (ADR) at the Florida International University Law School/Miami and an Honorary Professor at the Moscow Finance and Juridical Academy.

Paul Eric is the creator and General Editor of the book International Commercial Arbitration Practice: 21st Century Perspectives (Horacio Grigera-Naón, Co-Editor), now in its 11th year of publication. Forthcoming publications include an article on the Singapore Convention on Mediated Settlement Agreements, and a chapter on “Med-Arb, Arb-Med and Related Processes in Brazil and Beyond” in the journal Temas de Mediação e Arbitragem. He recently gave an informal presentation on the Singapore Convention’s benefits for art & cultural property at a conference in Florence on cultural property disputes. Paul Eric has published and spoken extensively on international commercial arbitration and mediation.