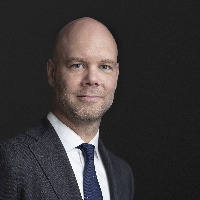 Niek is an attorney and arbitrator focused on commercial disputes specialising in (international) arbitration. He heads the arbitration and commercial litigation practice of Simmons & Simmons in the Netherlands. In addition, Niek is a professor of international commercial arbitration at the University of Groningen.

His law practice has included arbitration and mediation since 2004. He has served as arbitrator (chair, sole arbitrator and co-arbitrator) in national and international arbitrations, both institutional and ad hoc. Niek has also dealt with disputes concerning art.

Since 2008 Niek has been teaching the course “International Commercial Dispute Resolution Law” at the University of Groningen. He has also been a visiting professor at other Dutch and foreign universities.

Niek is recognised by Legal500 and Who’s Who Legal. He has been singled out “for his strong knowledge of arbitration law” and peers say that “he knows arbitration law very well” and praise him as “a great attorney”, whilst it is said he is “a pleasure to work with and an impressive personality”. Niek was appointed to the CAfA Arbitrator Pool in May 2021.

Niek’s educational background includes an LLM in Civil Law and an LLM in public international law, both from Erasmus University. Niek obtained a PhD from the University of Groningen.