Founder and Partner of Pinheiro Machado Advocates; Founder of CIArb Brazil Branch, Member of the Institute of Brazilian Lawyers (IAB) and Barrister (unregistered) 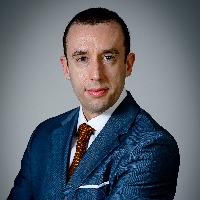 Mr Pinheiro Machado is a career diplomat, advocate, mediator, and arbitrator focused on all aspects of international law and finance, including art law, copyright, entertainment and commercial law. He is a Founding Member and Fellow of the Chartered Institute of Arbitrators (CIArb) Brazil Branch, Supporting Member of the London Maritime Arbitrators Association (LMAA), Member of the Baltic Exchange, Member of the International Law Commission of the Brazilian Bar Association (OAB PR/RS), Member of the International Law Commission of the Institute of Brazilian Lawyers (IAB) and a Barrister (unregistered) by Gray´s Inn. He is the author of Lis Alibi Pendens in International Arbitration, a celebrated paper published in the Arbitration Journal. Forthcoming publications include Water Line, a book of poems in Portuguese. Mr Pinheiro Machado is a frequent speaker and has published extensively on international law and finance issues.

Mr Pinheiro Machado’s practice has included arbitration and mediation since 2004. He has extensive experience with international art law and insurance matters, including negotiations, drafting and dispute resolution of large international exhibitions, concerts, museum acquisitions, architecture design projects, and more. As a career diplomat, Mr Pinheiro Machado also has vast experience in high-level postings, which includes appointments as Chargé d’Affaires for Brazil to Denmark and the Czech Republic, as well as interim Chief of the Division of Europe I, at the State Department, in Brasília. He was appointed to the original Arbitration and Mediation pools of CAfA in April 2021.