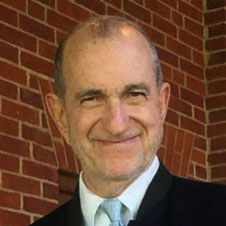 Richard has practiced in the field of international disputes for over thirty years, both as arbitrator and counsel. During this time, through his strong personal interest and knowledge in the arts as well as significant experience in complex international cases, he has had a number of matters relating to art litigation. These matters have mostly been complex cases relating to issues such as authenticity, seizure immunity laws and protection, as well as a more than decade old series of cases in and or involving the laws and courts of France, Liechtenstein, Switzerland, UK, and the US, relating to a historic donation of art challenged by an heir under French forced heirship laws. This latter series of cases have involved questions of art authenticity, lending, donation, as well as storage and retention.

To a large extent, Richard's expertise in art matters has followed from his experience in intellectual property cases, as arbitrator as well as counsel. He has been selected to the Tech List of the SVAMC (Silicon Valley Arbitration and Mediation Center), a peer vetted selection of "the world's leading technology neutrals". He has been involved as lead counsel in large IP cases, such as one regarding the ownership of a new form of plastic technology for Exxon Mobil, as well as acting as sole arbitrator in a complex worldwide dispute involving IP and competition issues relating to a novel entertainment concept.

In international arbitration, Richard has achieved the highest status at the Chartered Institute of Arbitration, becoming a Fellow then Chartered Arbitrator (FCIArb and C Arb). As arbitrator, he has served on the panel and as sole arbitrator in numerous cases, including international arbitrations under ICC, ICDR, and UNCITRAL rules. He is a member of the Arbitrator Databases at the ICC and LCIA and the Roster of Neutrals of the AAA, ICDR, HKIAC (Hong Kong), KCAB (Korea), WIPO, KLRCA (AIAC) (Indonesia), CRCICA (Cairo), the Russian Arbitration Center at the Russian Institute of Modern Arbitration (Moscow), and other institutions throughout the world.