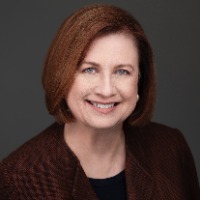 Ann has been an attorney focused on commercial law for over 40 years and an arbitration practitioner as counsel and arbitrator for 20 years. She is a member of the Locke lord LLP’s Dispute Resolution and Art Law Practice Groups. Ann has lectured extensively in the U.S. and around the world on topics related to arbitration. She is an adjunct professor at the University of Houston Law Center teaching international arbitration and for 18 years coached the Law Center’s Willem C. Vis Moot team. Ann is an approved tutor for the Chartered Institute of Arbitrators, teaching best practices in arbitration. She has taught candidates not only from the U.S. but also Canada, Mexico, Europe, the Caribbean, Africa and Southeast Asia. Currently, Ann is the global Deputy President of the Chartered Institute of Arbitrators and will assume the role of global President of the Institute in 2021. In addition, she is a Council Member of the American Arbitration Association and a Member of the American Law Institute.

Ann’s educational background includes a Juris Doctorate from the University of Houston Law Center and a Masters of Law, International Economic Law, from the Law Center. She also holds a Bachelor of Arts in English with a minor in Speech. She is admitted to the practice in the state of Texas.