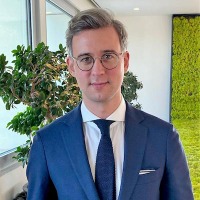 Gauthier is a Counsel in the International Arbitration department of Hogan Lovells (Paris) LLP. As an avocat at the Paris Bar with extensive experience of arbitration under the rules of the ICC, LCIA, ICSID and UNCITRAL, he regularly acts for companies from diverse industries as well as on behalf of States and international organizations in both commercial and investment arbitrations. He has a focus on the sectors of technology, media and telecommunications, energy, and pharmaceuticals, and on emerging markets, notably in the Middle East and Africa.
Gauthier frequently participates in arbitration-related Court proceedings, including annulment proceedings before the Paris Court of Appeal, in mediations and as administrative secretary to arbitral tribunals.

His expertise in dispute resolution is matched by a specialization in art law, exemplified by his authorship of a book on the topic of the restitution of art works in the event of illegal trafficking "La restitution des biens culturels en cas de trafic illicite (OUE, 2015)". He has also been involved in several cases of restitution of art works before French courts.
He is regularly sought as a speaker and author on topical issues in international arbitration, especially in relation to the impact of technological innovation on arbitration. In particular, his recent work and interest in blockchain, smart contracts and their impact on the field of international arbitration have made a key addition to the field. He is a member of the ASA below 40, ICC YAF, ICDR Y&I and YIAG – LCIA.