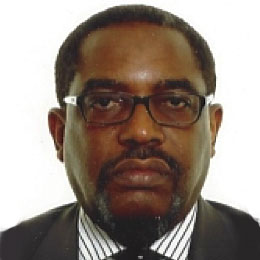 Ike is an international arbitrator and dispute resolver practising out of 7 Stones Commercial & IP Chambers based in London U.K. He specializes in the resolution of a broad spectrum of International, Commercial, Sport, Art and Intellectual Property disputes. He has advised and represented parties involved in art related disputes including the mediation of disputes related to the inheritance and disposition of ancient African artworks. He is a Fellow (1994) of the Chartered Institute of Arbitrators in London and also a Chartered Arbitrator (2007). He is an accredited mediator of the Academy of Experts in Gray’s Inn since 1998 and is also a CEDR Mediator in Investor - State Disputes. In addition to the CAfA Arbitrator and Mediator Pool, he is listed on the Panel of Neutrals of the United Nations backed World Intellectual Property Organisation (WIPO) in Geneva and the Court of Arbitration for Sport in Lausanne.

Ike holds an Executive LLM in Transnational Commercial Practice from Lazarski University (2015) and a certificate in Public International Law in Practice from the British Institute of International and Comparative Law (2017). Ike was called to the Nigerian Bar (1982) and to the Bar of England and Wales by the Honorable Society of Lincoln’s Inn (1996).

Ike is a Visiting Professor and Fellow at the Centre for International Legal Studies (CILS) in Salzburg; a Professor of Law at the School of Law, Christchurch Canterbury University England; a Senior Teaching Fellow and Visiting Lecturer of International Trade Law and International Commercial Arbitration Modules at SOAS and Queen Mary in the University of London. He is an approved tutor, trainer and assessor on the arbitration, adjudication and mediation training courses of the Chartered Institute of Arbitrators in London.